Why the heck can't I get out of bed?

Hi Friends!
Over the last few years, I have experienced a great shift in my life; and for quite some time I had no idea what the heck was wrong with me! It was beyond frustrating! Well, on this weight loss journey that I have been on the last 6 months, I finally got some answers...even when I didn't expect it!

First of all, when I first started exploring the HCG diet, I did some research online. I found a doctor that had a lot of qualifications I liked; first she was female, she was also highly regarded and studied in her field. So, off I went for a consultation. My first appointment with Dr. Riegg was quite interesting, within the first few moments of talking with her, she said to me "based on what you are telling me, I can almost guarantee your thyroid is out of whack", well, maybe not those exact words, but that is what I heard.  I was a little dumbfounded because within the last few years, my thyroid had been checked a few times with "normal results", hmmmm......  But, I liked this doctor! She didn't just jump on this HCG bandwagon, she was a pathologist by trade and in her "previous life" had diagnosed breast cancer.  While diagnosing cancer, she started to notice a pattern; most of the people who had breast cancer, also had hormone challenges, and of those who had abnormal hormone levels most were overweight.  One day she realized she no longer wanted to be on the diagnostic side, but she wanted to help prevent cancer, if that was possible.  After some research, she decided to switch her approach to helping people; she now helps people lose weight and balance their hormones.  Again, so far I liked her, but I was a little wary of her accusations about my thyroid.  But, I had tried just about everything else, what did I have to lose? ....besides all this excess weight! :)

Before Dr. Riegg would prescribe the HCG I had to go get a physical and a complete panel of blood work. So, off I went to a general practitioner to have the physical, turns out not my favorite GP, but I figured how can you mess up a physical?  In her office I asked her to run all of the blood tests that Dr. Riegg had asked for.  She was happy to run most of the tests, however, the one she was apprehensive about was the Vitamin D.  Apparently, in her opinion she felt that because we live in Wisconsin, everybody here is Vitamin D deficient on some level. But if I still wanted her to run the test she would, even though she thought it was a waste of money.  A few days later, I was called by the doctor's office; I was to give them a call back to discuss my blood test results. "WHAT?!?  ok, calm down and call", I told myself.  To my surprise, my Vitamin D was low (glad I made her run that test!!!) so, off I was, on a 12 week regimen of 50,000 iu of Vitamin D.

At my next appointment with Dr. Riegg, I was surprised and relieved when she saw my test results and told me I had hypothyroidism! Wait a minute....WHAT do you mean?!? I thought my numbers were normal?!? Well, as it turns out, most medical doctors go by a "range" of numbers; apparently the American Board of Endocrinology advises that any TSH level above 2.5 is considered hypothyroidism.  So, there we were, the number don't lie! I was in the hypothyroidism bracket; at least we had some answers.  Dr. Riegg also told me that the 2 most common reasons for high TSH is low Vitamin D and abnormal cortisol levels.  Well, we knew for sure I had one of those, but what about the cortisol? Why not test that too! Aaaand...it's abnormal!  Off I went on my regimen of Vitamin D and a supplement for my thyroid support...it seemed to be getting a little better. But, we all know our own bodies and we know when we still aren't running on all cylinders.

When I first found It Works Global, I was interested in their wraps to help tighten and help tone my tummy and arms, but when I dug a little deeper I learned that the company had more than just wraps.  And their philosophy, I LOVE the company philosophy!!! Instead of putting the proverbial band-aid on health issues, how about making sure the body is running at it's optimum level, then there shouldn't be any other issues! While my continued journey to health I have also started taking a supplement for stress (to help with my cortisol levels), a multivitamin (that dissolves completely in 20 min, instead of it getting flushed down the toilet), a supplement to boost metabolism, and finally a "greens" supplement (which thankfully doesn't taste green, and balances the pH of our bodies....more on that later).  A month into all of this, (I know it seems like a lot, but I guess my body needed it desperately!) I am once again wide awake and out of bed at 5:30/6:00am....No alarm clock!!!  I am no longer taking a nap on my days off and have plenty of energy to tackle my to do list! If only I could find a supplement to make my days a little longer to get it all done!


Check out It Works Greens....I love I can actually read the ingredients list! 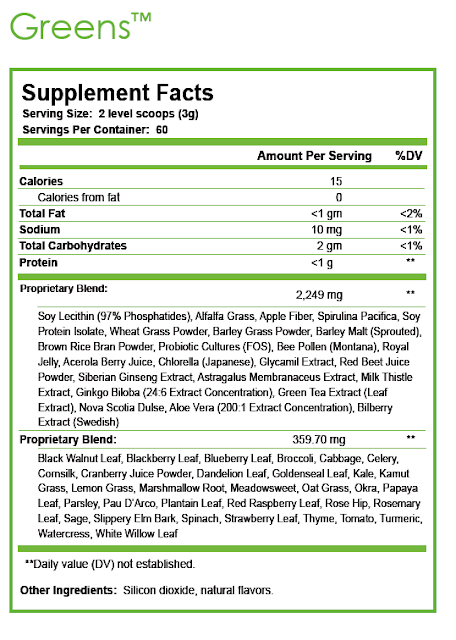 Here are some of the benefits: 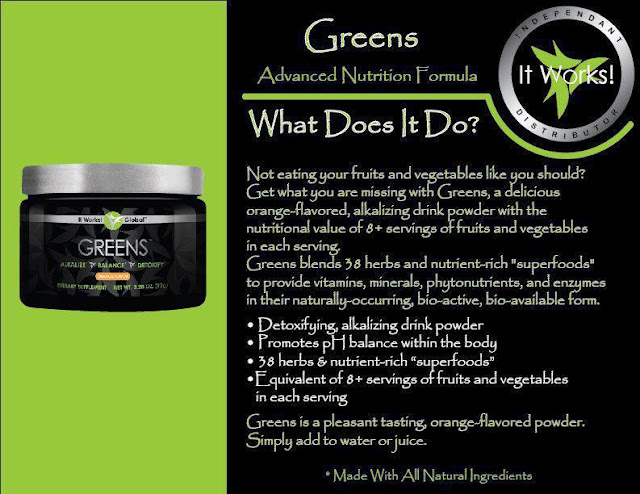 SUPER GREENS TO THE RESCUE!!! 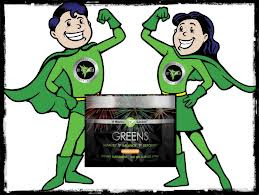 What area of your body would you like to change most?